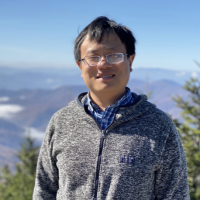 Yuezhi Mao received his B.S. degree in materials chemistry from Peking University in 2012. He then joined Prof. Martin Head-Gordon’s group at UC Berkeley and earned his PhD in chemistry in 2017. He then worked as a postdoc scholar in Prof. Tom Markland’s group at Stanford University for another 4 and half years. Just in this August, Yuezhi started his independent position as an Assistant Professor at the San Diego State University, where his group will continue working on the development and application of new theoretical methods. Yuezhi has contributed extensively to the features and code infrastructure of Q-Chem during his career, which was recognized by the Michael Wormit Award in 2020. He has also presented twice in the Q-Chem webinar series introducing the energy decomposition methods he developed with other co-workers, a broadly used feature in Q-Chem for studying non-covalent interactions.

Modeling of the environment plays an essential role in computational studies of chemical processes in realistic condensed-phase systems. In this regard, Q-Chem offers a wide variety of options including continuum solvation models, hybrid QM/MM methods, and QM embedding approaches. In this webinar, I will focus on a version of projection-based embedding theory that has been implemented in Q-Chem, which stands for a robust and formally exact approach to incorporating the environment quantum mechanically. This method involves the partition of a chemical system into two subsystems that can then be treated at two different levels of theory: typically a small, chemically important part of the system is described using a higher-level theory, while the surrounding environment is treated at a lower level; the higher-level calculation is subjected to the embedding potential supplied by the environment. I will introduce the theory underlying our Q-Chem implementation of the DFT-in-DFT and WFT-in-DFT embedding schemes, the techniques available for the robust partition of occupied spaces and truncation of virtual spaces in embedding calculations, and the practical aspects regarding the setup of Q-Chem inputs for different types of projection-based embedding calculations. I will also use a few examples to demonstrate how this tool, when combined with other functionalities of Q-Chem, can be useful for studying both ground- and excited-state chemistry in complex environments. 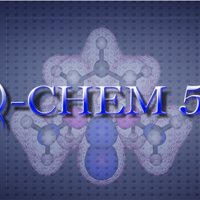