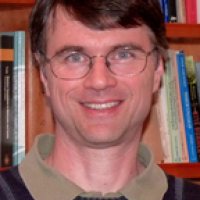 Martin Head-Gordon is the Kenneth S. Pitzer Distinguished Professor of Chemistry at the University of California at Berkeley and the Scientific Advisor to Q-Chem, Inc. Dr. Head-Gordon's research group centers on the development of new electronic structure theory methods, and their implementation as efficient computer algorithms. He is recognized with many awards, such as the Medal of the International Academy of Quantum Molecular Sciences (1998) and his election to the American Academy of Arts and Sciences (2011) and the American Chemical Society Fellow (2012).

I will then focus on a detailed discussion of wB97M-V, the latest and best-performing functional developed at Berkeley by Narbe Mardirossian and myself.  This functional is a meta-GGA, which includes exact exchange by range separation, and also includes the VV10 non-local Van der Waals density functional to correctly describe long-range dispersion interactions.  This functional will be compared against previous developments from my group, and the best of the Minnesota functionals, including MN15 and MN15-L, by inspecting the width of statistical error distributions for 5 different categories of energy differences.  These include pairwise and many-body non-covalent interactions, isomerization energies, thermochemistry, and reaction barrier heights.  The results show that wB97M-V is the best available density functional for main group chemistry, including organic chemistry and biomolecular interactions.

Remaining deficiencies of present day functionals will also be discussed.