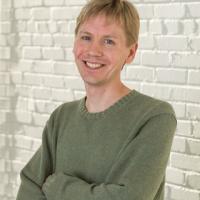 Constrained density functional theory (CDFT) is a user-friendly tool which can be used to compute charge-transfer state energies, diabatic couplings, and adiabatic barrier heights for a variety of systems. In this talk, we will first motivate CDFT by examining some canonical problems in physical chemistry for which the diabatic picture is a more useful picture than the adiabatic picture. We then discuss how CDFT can be used within the framework of DFT to form diabatic states and compute their energies. After showing some benchmark results, we discuss how one can perform configuration-interaction using several CDFT states and/or adiabatic states in order to accurately compute adiabatic barrier heights, diabatic couplings, and features of ground/excited state surfaces not captured well by vanilla DFT such as conical intersections. We conclude this lecture with a tutorial on running CDFT in Q-Chem. Three sample calculations will be performed: A CDFT calculation on a transition metal dimer; a computation of diabatic couplings using a cyclohexane dimer; and a computation of adiabatic barrier heights with CDFT-CI for the reaction H + H2 --> H2 + H.