TAO-DFT and Its Applications to Zigzag Graphene Nanoribbons 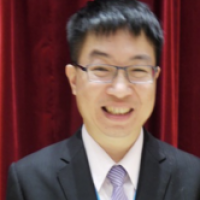 Since August 2009, he has joined the faculty of the Department of Physics at National Taiwan University. His group has focused on the development of new quantum-mechanical methods suitable for the study of nanoscale systems (with 100 ~ 1,000,000 electrons), and their applications to materials for new energy (e.g., solar cells and hydrogen storage materials).

Dr. Chai, who is one of the active developers of Q-Chem, currently serves on the Editorial Boards of “Open Journal of Physical Chemistry”, “Dataset Papers in Science”, “Journal of Theoretical Chemistry”, “Progress in Chemical Engineering”, “American Journal of Engineering and Applied Sciences”, “AASCIT Communications”, “AASCIT Chemistry”, “AASCIT Physics”, “Journal of Lasers, Optics & Photonics”, and “International Journal of Research in Advanced Engineering and Technology”. As of now, the 27 SCI papers published by Dr. Chai have been cited more than 3,000 times. Among them, one paper has been cited more than 1,700 times. Dr. Chai was elected as a “TWAS Young Affiliate” by The World Academy of Sciences (TWAS) - for the advancement of science in developing countries in 2013. He received “EPSON Scholarship Award” from The International Society for Theoretical Chemical Physics in 2011, “Young Theorist Award” from the National Center for Theoretical Sciences of Taiwan in 2012, “Career Development Award” twice from National Taiwan University in 2013 and 2015, respectively, “Youth Medal” from the China Youth Corps of Taiwan in 2015, and “Project for Excellent Junior Research Investigators” from the Ministry of Science and Technology of Taiwan in 2015.

In contrast to Kohn-Sham DFT, TAO-DFT is a DFT with fractional orbital occupations given by the Fermi-Dirac distribution (controlled by a fictitious temperature), for the study of large ground-state systems with strong static correlation effects. Relative to TAO-LDA (i.e., the local density approximation to TAO-DFT), TAO-GGAs (i.e., the generalized-gradient approximations to TAO-DFT) are significantly superior for a wide range of applications, such as thermochemistry, kinetics, and reaction energies. For noncovalent interactions, TAO-GGAs with empirical dispersion corrections are shown to yield excellent performance. Due to its computational efficiency for systems with strong static correlation effects, TAO-LDA is applied to study the singlet-triplet energy gaps, vertical ionization potentials, vertical electron affinities, fundamental gaps, and symmetrized von Neumann entropy (i.e., a measure of polyradical character) of hydrogen-terminated ZGNRs with different widths and lengths, which is very challenging for conventional electronic structure methods. Some interesting results will be presented in this talk.