Dr. Michael Wormit (born in 1977) obtained his M.Sc. degree in Medical Physics at the University of Heidelberg. In 2004, he began his Ph.D. work in Theoretical Chemistry in the group of Prof. Andreas Dreuw at the University of Frankfurt. Upon completion of his Ph.D. summa cum laude in 2010, he was awarded a Feodor-Lynen Fellowship by the Alexander von Humboldt Foundation to perform his postdoctoral training in the group of Prof. Peter Schwerdtfeger at Massey University, Auckland, New Zealand. In 2012, he accepted a staff scientist position in the group of Prof. Andreas Dreuw at the Interdisciplinary Research Center for Scientific Computing (IWR), where he pursued his own research in addition to mentoring graduate students and Q-Chem developers. Michael contributed to the development of major Q-Chem features including design and development of the second-generation tensor library (libtensor) and the Algebraic Diagrammatic Construction (ADC) code (adcman). As one of the two architects of the libtensor project, Michael led a monumental effort involving a broad network of contributors over several years that eventually led to a new code with improved performance, optimal multi-core scaling, and a robust application program interface, facilitating future scientific developments by the Q-Chem developer community. His abilities to inspire and his talent to hold the attention of specialist and laypersons alike during his lectures were always especially striking. On March 14 of 2015, the life of Michael was cut short in a tragic accident on the Cook Islands, New Zealand. We lost a good friend, a fantastic colleague, a knowledgeable collaborator, and an excellent advisor. His life was short but he left his mark, as his work continues to make an impact to this day.

The Michael Wormit Award was established to recognize excellence in the development of new methods and algorithms in electronic structure theory and the implementation of these methods in state-of-the art software within the Q-Chem open-teamware community project. The award, which is given annually, includes a certificate and a $500 prize. It commemorates the contributions of Dr. Michael Wormit, who is remembered for his contributions to many-body theory, for his leadership in the community, for his education and mentoring of junior team members, and for his infrastructure development in state-of-the-art software. With this prestigious honor we recognize the best of the best within our developer community.


Any member of the Q-Chem Developer community is eligible for the award.


(i) scientific innovation;
(ii) excellence in code development;
(iii) contributions to the infrastructure and to the community of Q-Chem developers.

Nominations will be solicited annually. The selection will be performed by an ad hoc committee appointed by the Q-Chem Board of Directors. Nomination materials should include the following items:

Nomination materials should be sent to office@q-chem.com with the subject "Wormit Award Nomination" by January 15th of each year. The award winner will be announced soon thereafter, with the intention of recognizing the winner with a reception at an event or conference to be determined. 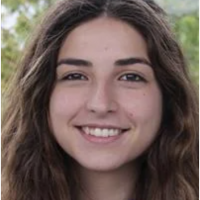 The winner of the 2021 Michael Wormit Award is Dr. Marta Lopez Vidal. Marta is recognized for her development of critically important features for treating core-level states and related spectroscopies using the highly accurate EOM-CC framework. Marta graduated with a B.Sc. degree in Chemistry from the University of Barcelona, Spain, in 2015. She received her M.Sc. degree through the European Master in Theoretical Chemistry and Computational Modeling (EMTCCM) program. Marta carried out her M.Sc. thesis projects with Prof. Trond Saue at the Université Toulouse III - Paul Sabatier in France and with Prof. Mauro Stener at the University of Trieste in Italy. In 2017 she joined the group of Prof. Sonia Coriani at the Technical University of Denmark (DTU) in Kongens Lyngby, Denmark, where she carried out her Ph.D. research on extending EOM-CC methods to core-level states. Marta defended her Ph. D. thesis, entitled ”Development and applications of coupled-cluster methods for X-ray spectroscopy,” in November 2020 with excellence. She is currently a postdoc with Prof. Peter Knowles at the Cardiff University in Cardiff, UK. Marta is the main developer of the frozen-core core-valence-separated EOM-CC (fc-CVS EOM) framework for X-ray spectroscopy. Her work enables the efficient calculation of X-ray (core-level) absorption (XAS), emission (XES), and ionization (XPS) spectra at the coupled-cluster level for both ground and excited states. This includes tools for computing time-resolved/ transient-state X-ray absorption (TR-XAS) and transient-state X-ray photoelectron spectra (TR-XPS), the two most important spectroscopic techniques at X-FEL facilities as well as on HHG-based table-top setups. It is thanks to Marta, that among all quantum chemistry software, Q-Chem has the most extended set of many-body treatments of core-level states: CVS-EOM-IP/ EE/SF-CCSD, including properties, Dyson and natural transition orbitals, an extension to L-edges, to name a few. Marta’s developments have also provided a platform for further theory developments in other groups, such as the implementation of RIXS and Feshbach-Fano treatment of Auger decay in Krylov’s group. Marta is an active and engaged member of the Q-Chem developer community: in addition to multiple scientific collaborations, she is documenting and fixing bugs and has taught junior members of Prof. Coriani’s group how to code in Q-Chem.

Dr. Yuezhi Mao, one of the two 2020 Michael Wormit Award winners, was recognized for his unparalleled work on Q-Chem’s infrastructure, his commitment to code maintenance, his selfless assistance to other Q-Chem developers, as well as for his important technical contributions.

Yuezhi received his B.Sc. in Materials Chemistry from Peking University in 2012, then moved to Berkeley to study with Prof. Martin Head-Gordon, completing a Ph.D. degree in 2017.  He is currently a postdoctoral scholar in the group of Prof. Tom Markland at Stanford University.

Yuezhi has developed critical infrastructure for Q-Chem, namely fragment methods and gen_scfman. This infrastructure has facilitated implementation of advanced features including the second-generation ALMO-EDA, the adiabatic EDA, improvements SCF convergence techniques, and more.  In recent years he is probably responsible for more bug fixes than anyone outside of Q-Chem’s scientific staff.  In addition to collaborations within advisors’ research groups, he has collaborated with Prof. Yihan Shao, Prof. Teresa Head-Gordon and Prof. Shaama M. Sharada.

Dr. Pavel Pokhilko, one of two 2020 Michael Wormit Award winners, has made substantial contributions to the base Q-Chem code and has been actively engaged in the developer community. He has helped less-experienced developers to navigate Q-Chem infrastructure and the ccman2 code in particular, including outside collaborators in the groups of Profs. Sonia Coriani, Paul Zimmerman, and David Casanova. Pavel has also been diligent in finding, documenting, and fixing bugs.

Pavel joined Prof. Anna Krylov's group at USC in 2015, after completing his B.Sc. and M.Sc. degrees (with Honors) in the Dept. of Chemistry at Moscow State University, supplemented by advanced coursework at the Moscow Institute of Physics and Technology.  He defended his Ph.D. in May 2020 and is currently a postdoctoral scholar in the group of Prof. Dominika Zgid at the University of Michigan.

Pavel has made major scientific contributions in the following domains: (i) implementation of advanced algorithms for high-performance computing; (ii) development of theoretical approaches for spin-related phenomena; (iii) applications of electronic structure to complex open-shell species relevant to astrochemistry, combustion, and quantum computing. 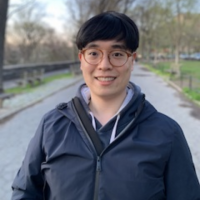 The 2019 winner of the Michael Wormit Award was Dr. Joonho Lee.  Joonho is recognized for his significant contributions to increasing the modularity of the Q-Chem infrastructure.  His efforts have laid the groundwork for future development of periodic DFT in Q-Chem.

Joonho received B.Sc. degrees in Chemistry and Physics from Pohang University of Science & Technology in South Korea, in 2013, and a M.Sc. degree from CalTech in 2015.  From 2015–2019 he worked in the research group of Prof. Martin Head-Gordon at Berkeley.  For his 2019 Ph.D. thesis, Joonho was awarded the 2020 Justin Jankunas Doctoral Dissertation Award in Chemical Physics from the American Physical Society.   Currently, Joonho is a postdoctoral research associate in the group of Prof. David Reichman at Columbia University.

Joonho’s main scientific contributions include:  (i) orbital-optimized MP2 methods; (ii) CCVB-SD method for strong correlation; and (iii) periodic DFT. His implementation of periodic DFT in Q-Chem is a significant step towards much-needed functionality. Joonho has also made significant contributions to core functionality within Q-Chem, creating highly modular routines that are now used routinely by other developer groups. 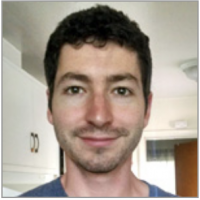 The 2019 winner of the Michael Wormit Award was Dr. Alec White, recognized for a combination of his scientific excellence, code development skills, major contributions to the Q-Chem code infrastructure, and spirit of collaboration.

Alec graduated in 2012 from Whitman College and began his Ph.D. studies in 2012, under the joint supervision of Prof. Martin Head-Gordon at UC-Berkeley and Dr. William McCurdy at Lawrence-Berkeley National Laboratory.  He received a Ph.D. in 2017 and is currently a postdoctoral researcher with Prof. Garnet Chan at Caltech.

Alec has made significant contributions to the theory of resonance states, extending the range of applicability of standard electronic structure methods to metastable resonances through the use of complex-valued Gaussian orbital basis sets. 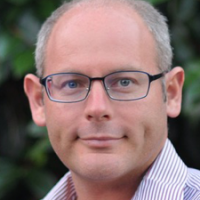 The 2019 winner of the Michael Wormit Award was Dr. Andrew Gilbert, recognized for numerous contributions to Q-Chem infrastructure including the design and development of the graphical user interface IQmol.  Andrew has received his B.Sc. degree in Chemistry and Mathematics (with Honors) from Massey University (New Zealand) in 1996.  From 1997–2001 he studied with Prof. Peter Gill at Cambridge University  He currently holds a joint appointment between the University of Sydney (Australia) and Q-Chem, Inc.

Andrew’s scientific contributions include the Maximum Overlap Method (MOM) and perturbative methods for approaching the basis-set limit, which constitute a key part of the density-functional “triple-jumping” paradigm.   As a long-time research scientist in Prof. Gill’s group, he has mentored an entire generation of Q-Chem developers and is singularly responsible for the IQmol user interface. 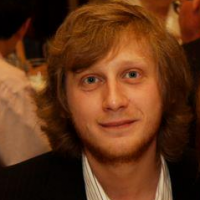 The winner of the inaugural 2016 Michael Wormit Award was Dr. Evgeny Epifanovsky, recognized for his  impressive track record of scientific and code-development accomplishments and for his contributions to programming infrastructure, community building, and education of the Q-Chem developer community.

Evgeny has received his B.Sc. and M.Sc. degrees from the Moscow State University and his Ph.D. degree from USC (with Prof. Anna Krylov). Currently, Evgeny is the Chief Operating Officer of Q-Chem, Inc.