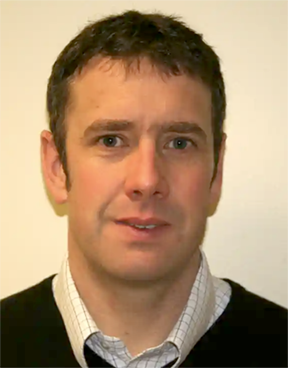 Nick and his group added powerful new functionality to the Q-Chem software over a period of two decades and their contributions led to Q-Chem becoming a leading package for the simulation of the spectroscopy of core electrons.  He also contributed to the development of new exchange-correlation functionals, novel methods for computing electronic excited states, extensions of TD-DFT to predict X-ray absorption spectra, and methods for calculating harmonic and anharmonic vibrational frequencies within a partial Hessian formalism.

He was an inspirational teacher and supervisor and an excellent collaborator who could work productively with both theorists and experimentalists, effortlessly bridging the gap between them. On 27 June 2021, Nick died after a tragic cycling accident near his home in Nottingham, England, leaving behind his wife, Elena, and their daughter Emily. All who knew him were shocked by the news of his loss, and it was felt highly appropriate to create an annual award to commemorate Nick’s life and to celebrate the impact of his research.

The Nick Besley Award was established to recognize excellence in the development or application of new methods for computational spectroscopy in the Q-Chem open-teamware community project. The award, which is given annually, includes a certificate and a $500 prize. It commemorates the contributions of Prof. Nick Besley, who is remembered for his multi-faceted contributions to electronic excited-state theory and methodology, with particular application to the prediction and rationalization of X-ray spectra.

Any member of the Q-Chem community of developers and users is eligible for the award.

(ii) excellence in either the code development or the application of computational spectroscopy.  The work for which the candidate is nominated must have been carried out using Q-Chem as the primary research tool.

Nominations will be solicited annually. The selection will be performed by an ad hoc committee appointed by the Q-Chem Board of Directors. Nomination materials should include the following items:

Nomination materials should be sent to office@q-chem.com with the subject “Besley Award Nomination" by January 15th of each year. The award winner will be announced soon thereafter, with the intention of recognizing the winner with a reception at an event or conference to be determined.